A series on the Fall garden could never be complete without mentioning ever-bearing raspberries. My raspberries have become RICH… in color, taste and volume and it’s been amazing. I have three raspberry bushes (Varieties: ‘Heritage’, ‘Amity’ and ‘Summit’) and this is the second year in my garden so the first real year of production. But I’m RICH I tell you I’m RASPBERRY RICH!

They started producing in mid/late July and I thought I hit the jack pot with a moderate amount of berries that were medium size and had a nice flavor. I picked a small colander full every week for a few weeks and had fun making fruit pizzas, putting them on cereal and using them in smoothies. 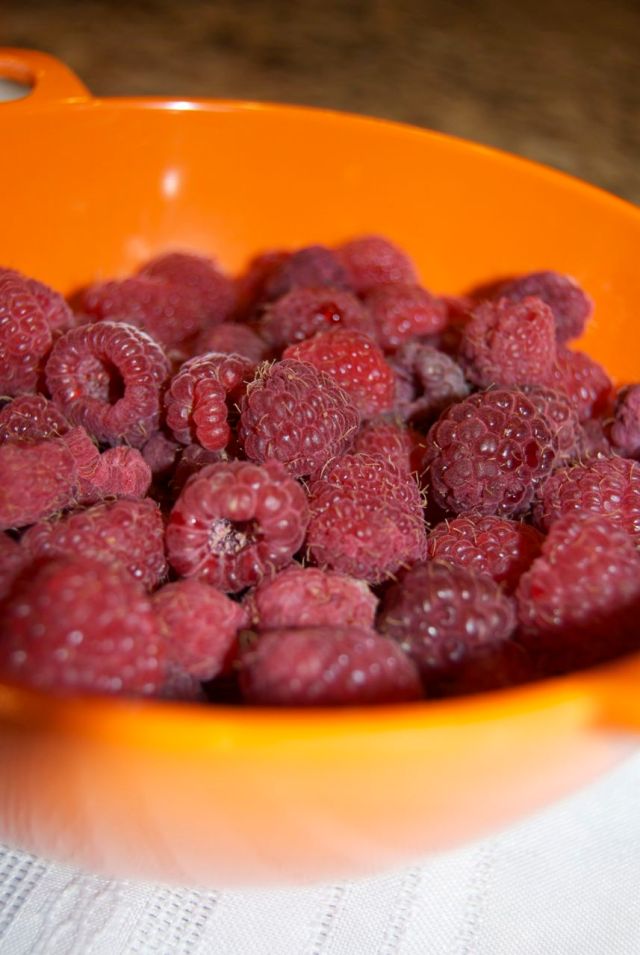 During my mid-summer harvest I took note of the many canes growing very tall (much taller than the cage we built for support) and wondered if they would provide fruit this year. Well, that question has now been answered. 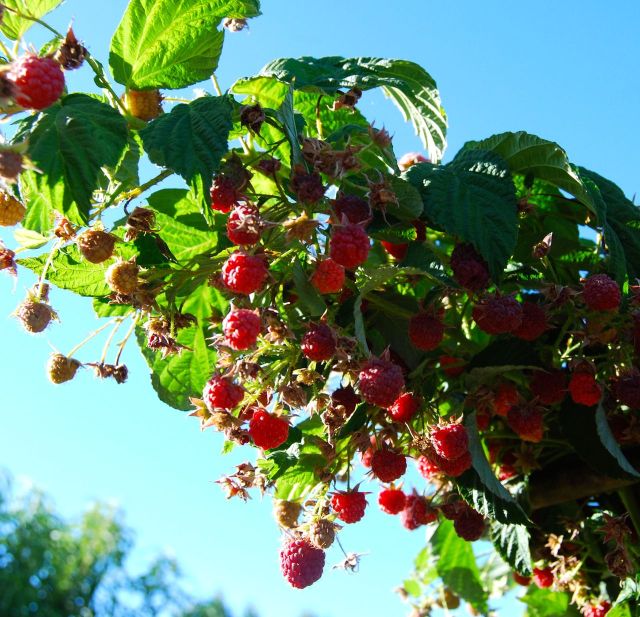 I’m no expert on raspberry horticulture o.k…. all I did was buy some 2-year-old plants at a quality local nursery and plant them in some very good topsoil that has excellent drainage. (I brought the topsoil in a few years ago when we were building a berm for the back of our property.) I mixed in a good amount of compost this spring after I pruned them and made sure they had a good supply of water. That’s it! I didn’t spray for anything or take any special preventative measures against well…anything.

During the mid-summer harvest I took note that a few of the canes seemed to be getting chewed or sawed off (until they broke) by something thereby ruining the developing berries. I also took note the bottom leaves were getting eaten by a “very hungry something” that left only shreds hanging.

But with all these mental notes, I didn’t do much. I mostly observed…I did remove the dead canes as soon as possible putting them in the trash, not the compost pile. But that’s about it. I was just happy to be getting raspberries from my own garden.

Fast forward to Sept. 15. The very tall raspberry canes have an overwhelming amount of green and red berries hanging from them . The production is increasing and I’m now picking a pint plus every two or three days! 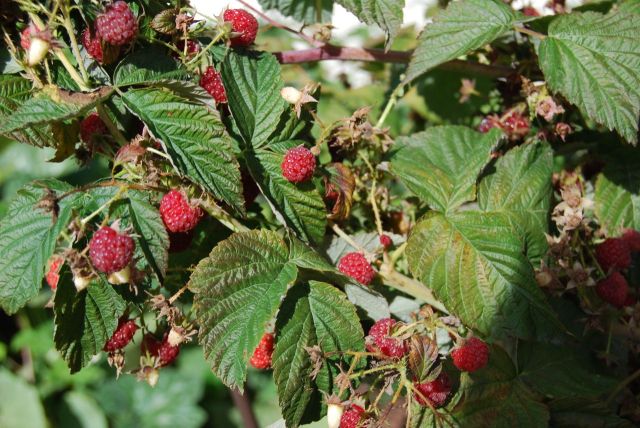 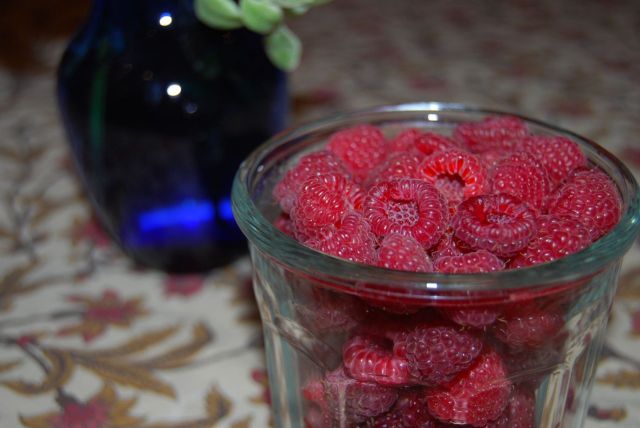 But the best part of all is the deliciousness factor is going up! As the days and nights are now cooler the berries flavor, color and size is RICHer. This prosperity has been going on for five weeks now and I just picked another large bowl this evening! Oh what fun it is to be RASPBERRY RICH!

How about you? Have you ever tried to grow something edible without many expectations and been pleasantly surprised?