Remember Funyuns, that oniony snack you probably thought tasted great back in high school?  Well, I’m sorry if you were expecting a post about being able use actual onions to make a homemade version of Funyuns …because really…this post has nothing do with Funyuns except for in an auditory sense!

Instead I’m giving another update on what the Fall garden is producing and what fun it is to be harvesting delicious edibles. 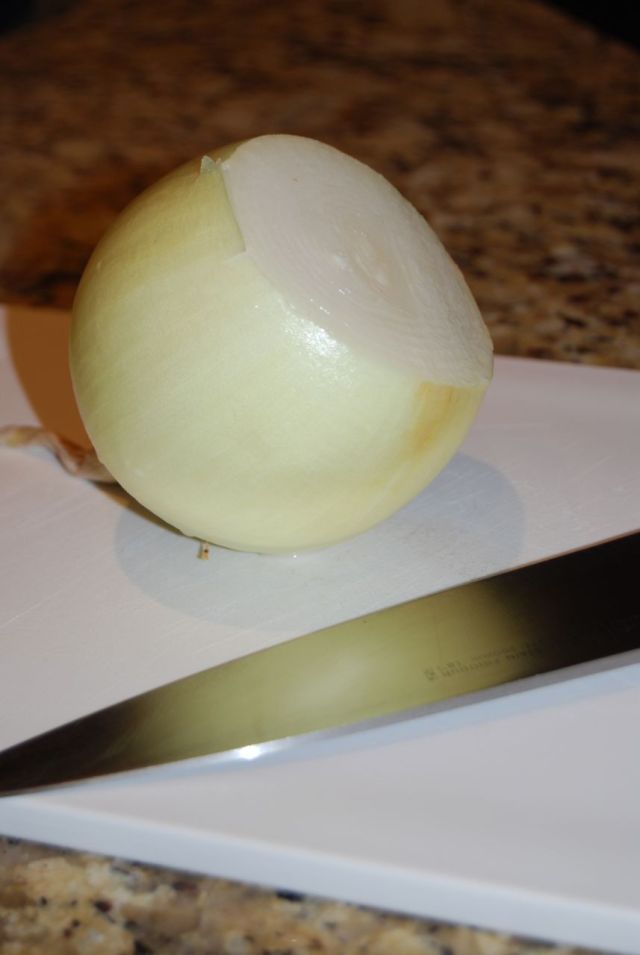 In fact, I’m going to do a short series of posts over the next few weeks providing updates on how my edibles and ornamentals have grown and changed over the season.  But today is all about the fun of onion harvesting!

I had not grown onions before but wanted to try, so this spring I bought a small six-pack style container filled with Spanish onions.   I really didn’t know what Spanish onions were but thought they sounded good enough.  After a quick search on the Internet I found out Spanish onions are one of the mildest and most versatile onions available.  They are also large in size and have a long shelf life so a good choice to start with.

On a nice spring day in early April I separated the tiny onions and placed them into a shallow trench in one of my raised beds and  covered them with compost-enriched soil. 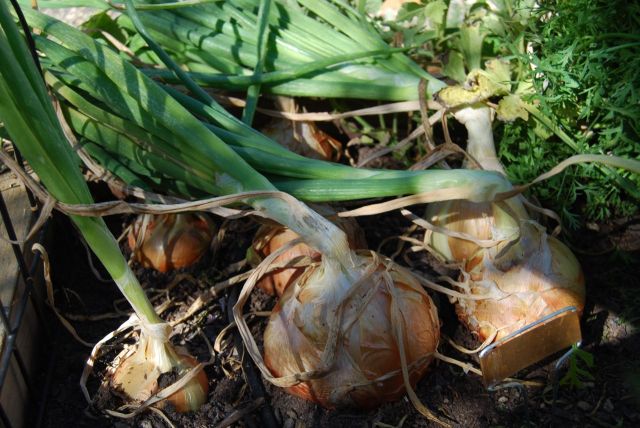 A few days ago once the leaves had begun to yellow and all the stalks had fallen over I harvested the onions.  When the stalks bend over it is a sign that the bulb (edible part) is finished growing and ready to harvest.  I simply loosened the soil around each one and gently pulled them out.  I layed them in a tray for the day letting the roots dry and then took them inside to finish “curing” so that I can store them for the winter. 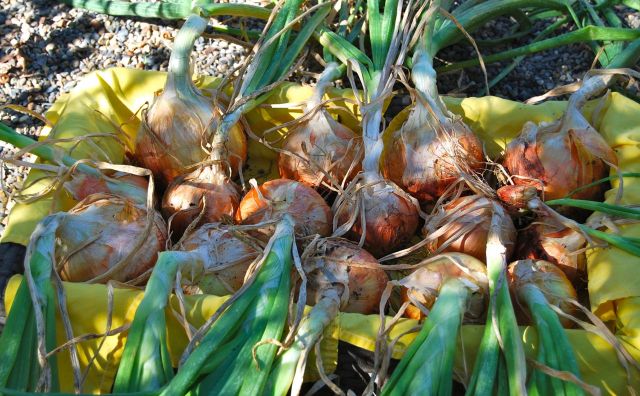 I spread the onions out on a table in the warmest room in my house where the temperature stays consistently about 70-75 degrees and they get some direct sunlight in the afternoon.  I will let them sit out (probably about 2 weeks) until they develop dry paper-like skins like onions you see in the store.  I will then cut the tops off about an inch above the bulb and store them in a mesh bag or individual paper bags (small ones) set in a single layer in a cardboard box.

Storing onions in a semi-cool, dry, well-ventilated area is supposed to give the longest shelf life but since I don’t have a “cellar” I’m going to be using a closet underneath the stairs.  I’ve also read the drier the onions get during the “curing” the better they will store and this is where the dry air of a semi-arid climate comes in handy!  It won’t be long until my onions are well-cured!

How about you?  Have you grown onions before?  If so, what types are your favorite?  Have you been successful storing them for an extended amount of time during the winter months? And just for fun when was the last time you ate a Funyun?

3 thoughts on “A FunOnion Harvest!”